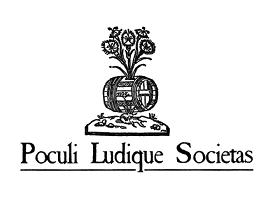 PLS (Poculi Ludique Societas) sponsors productions of early plays, from the beginnings of medieval drama to as late as the middle of the seventeenth century. The group had its origins in 1964-65 in a seminar on medieval drama conducted at the University of Toronto. For more than forty years, PLS has been associated with the university’s Centre For Medieval Studies, offering a regular schedule of plays every year. Now, as part of the Centre for Performance Studies in Early Theatre, PLS operates in affiliation with the Centre for Drama, Theatre and Performance Studies. PLS has toured in Canada, the United States and Europe. PLS also collaborates with the theatre history research project Records of Early English Drama (REED) at the University of Toronto.

We produce plays from the period of approximately 1100 to 1650, and have been in the forefront of the rediscovery of the dramatic riches of this period. While the plays of classical Greece and Rome and those from Shakespeare’s time are performed with some frequency, the great dramatic tradition of the intervening centuries has traditionally been ignored. For more than four decades PLS has performed some of the most vivid, powerful, and popular theatre in our heritage.