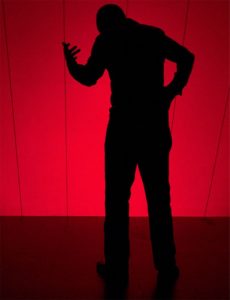 Lenny Breau was a brilliant guitar innovator whose life was entwined with four decades of Canadian and American musical history. In his tragically brief time he revolutionized the whole approach to the guitar and today his influence is still keenly felt, stretching from country to rock to flamenco and especially jazz.  Lenny was found dead in a Los Angeles pool in 1984. His murder remains unsolved.

5 O’Clock Bells navigates Lenny’s dance with genius and the childlike innocence which left him vulnerable to dark forces.  Like the strings on his guitar, the voices of those closest to him harmonize to reveal the conditions which shaped his life and hint at agents in his death. In his own inimitable style, Pierre Brault examines the musical reflection of Breau’s life from the bottom of the pool, where liquid wave meets sound wave. (sleepingdog.ca)