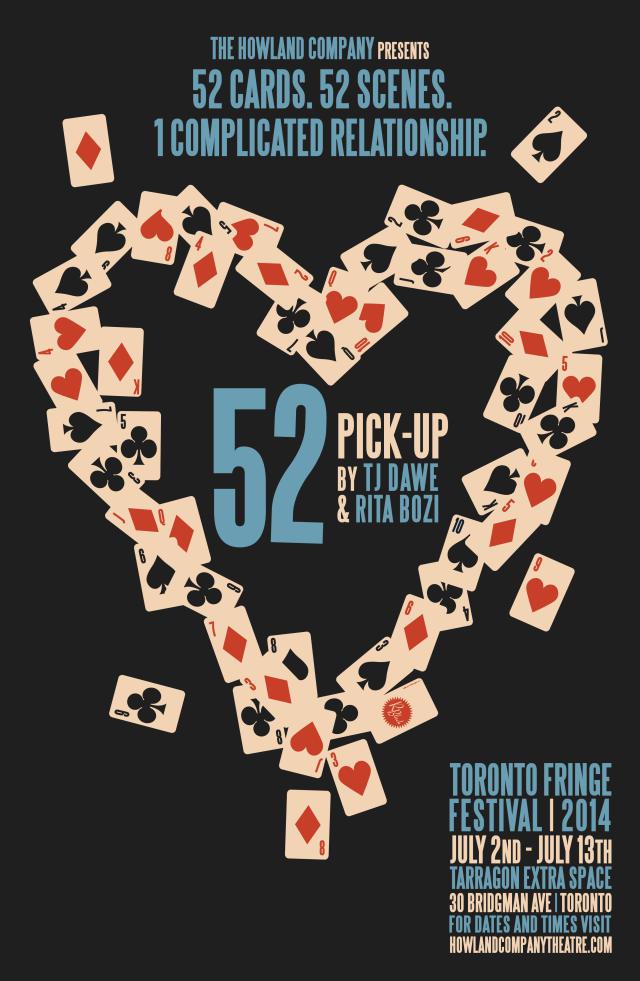 In a blend of sharp writing and improvisation, 52 PICK-UP swerves from romantic comedy to quiet heartbreak at the drop of a card, as two people navigate through the events of their relationship. How it works: 52 scene titles are written on an ordinary deck of playing cards. At the top of each show actors toss the cards in the air and the story follows the order in which they are randomly picked up. No two shows will ever be the same! (howlandcompanytheatre.com)