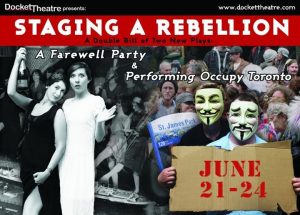 Presented as part of a double-bill with Performing Occupy Toronto

Diana plots to flee a charted-out life on their father’s estate for one of independence and free will in Europe, but things snarl up when Elaine, a few drinks, and a tall order of deadbeats are thrown into the mix. (mooneyontheatre.com)