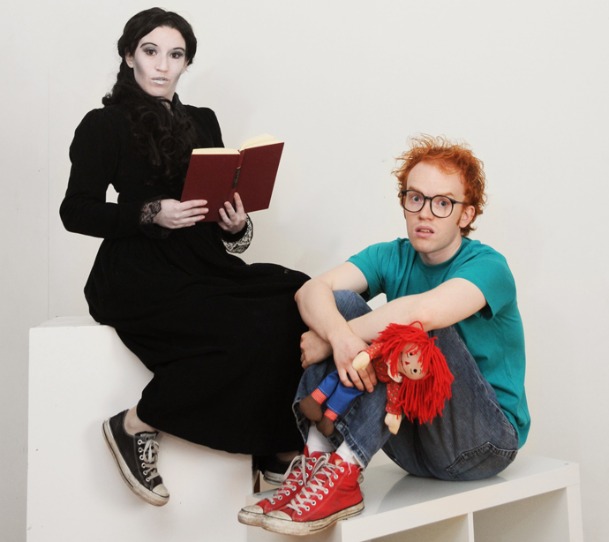 Performed as a double-bill with Redheaded Stepchild

You’re invited to join this Victorian literature enthusiast, and her “friend” Colin, at home in the basement of her mom’s house as she auctions off her collection of Rare Items and Paper Nostalgia.