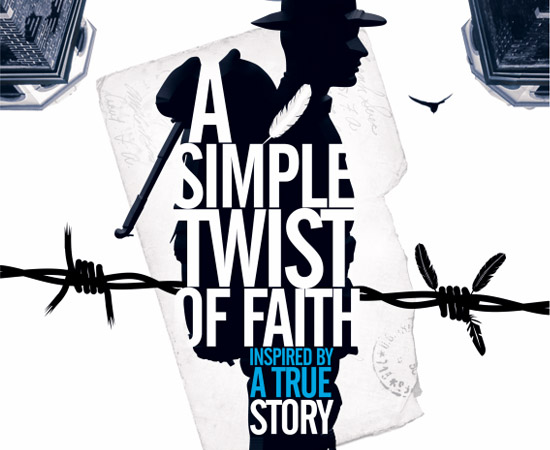 Alex Lurye, an American Jewish soldier stationed in Germany during World War One is desperate to feel a connection. After the horrors of the trenches, he wants to find a place where he can feel at home. When he can’t convince any of his fellow soldiers to join him for Friday Night Service, he enters the local synagogue by himself. After initial mistreatment, one German named Herr Rosenau makes Alex feel welcome. The congregant invites the soldier into his home for a traditional Shabbat meal and an experience he will never forget.  Time passes. As Alex’s life in America flourishes, the Rosenau family is faced with persecution. The Nazis take power. There is no way out for Herr Rosenau and his children. When he finds an old unopened thank you letter sent from Alex over twenty years earlier, he realizes this may be his only chance. An original musical based on a true story. (asimpletwistoffaith.com)