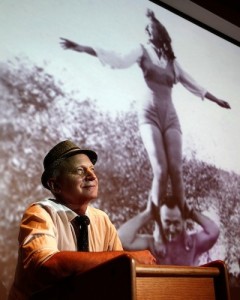 “It’s twelve o’clock; do you know who your children are?”
‘Alzheimer That Ends Heimer’ (aka ‘Six Characters in Search of Their Car Keys’ or ‘Tuesdays with What’s-His-Name’) is a musical about the lighter side of dementia; a cross between a Power Point presentation and “Marat-Sade”; and a love story involving a father, a son, and two hot twenty-somethings who keep losing track of who they are. See it and you’ll never forget it. (Hopefully.) (summerworks.ca)