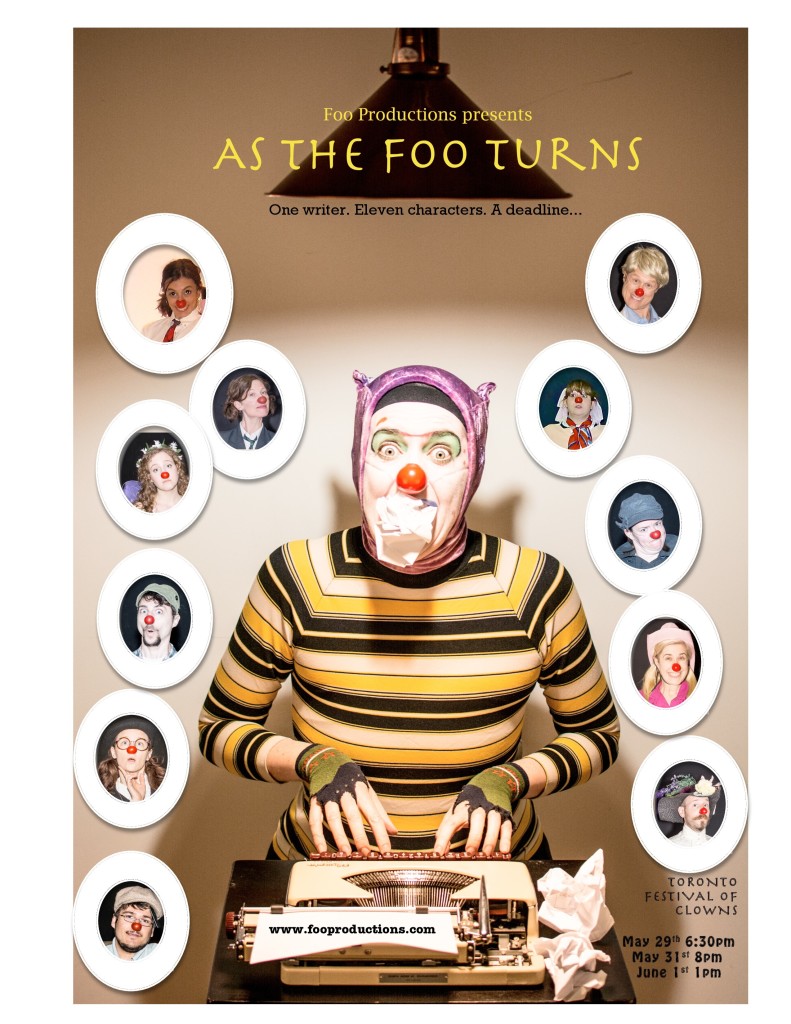 Created in collaboration with the entire cast

One writer. Eleven characters. A deadline… Foo Production’s newest clown show features Foo, a frustrated soap opera writer trying to make a complicated storyline come together and desperately fighting a deadline. But Foo’s magical typewriter and imagined characters invade his reality. Can Foo control these characters, or do they control him? Glue yourself to the set and prepare for another wildly energetic Foo show packed with twelve eccentric characters! A delightful clown soap opera as only Foo can write. (torontofestivalofclowns.com)