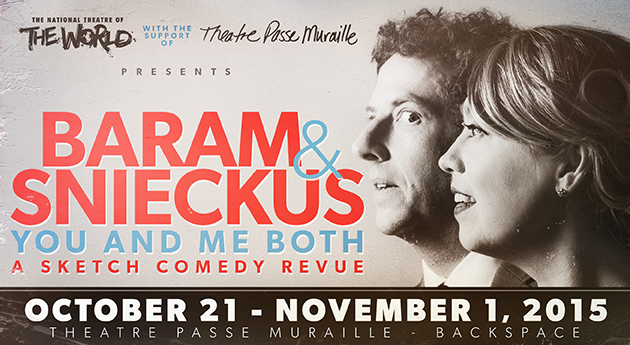 The National Theatre of the World and Theatre Passe Muraille

From that that awkward knife collection to teaching a southern bell how to use a computer, the story of men and women will be told through a satirical sketch comedy lens, informed by Matt and Naomi’s personal experiences, fully heightened and explored in a unique and hilarious way. Their sharp wit and anarchic chemistry are not to be missed. (passemuraille.ca)