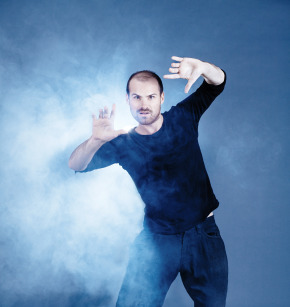 In this innovative piece of multimedia theatre, a 12 year old boy obsessed with Hollywood has just witnessed a shooting on the Vancouver Skytrain.  In the aftermath, he replays the scene in the style of his favourite action movies.  By mining the perspectives of the witnesses, the boy uncovers a shocking reality under the veneer of his cinematic fantasy. (fringetoronto.com)