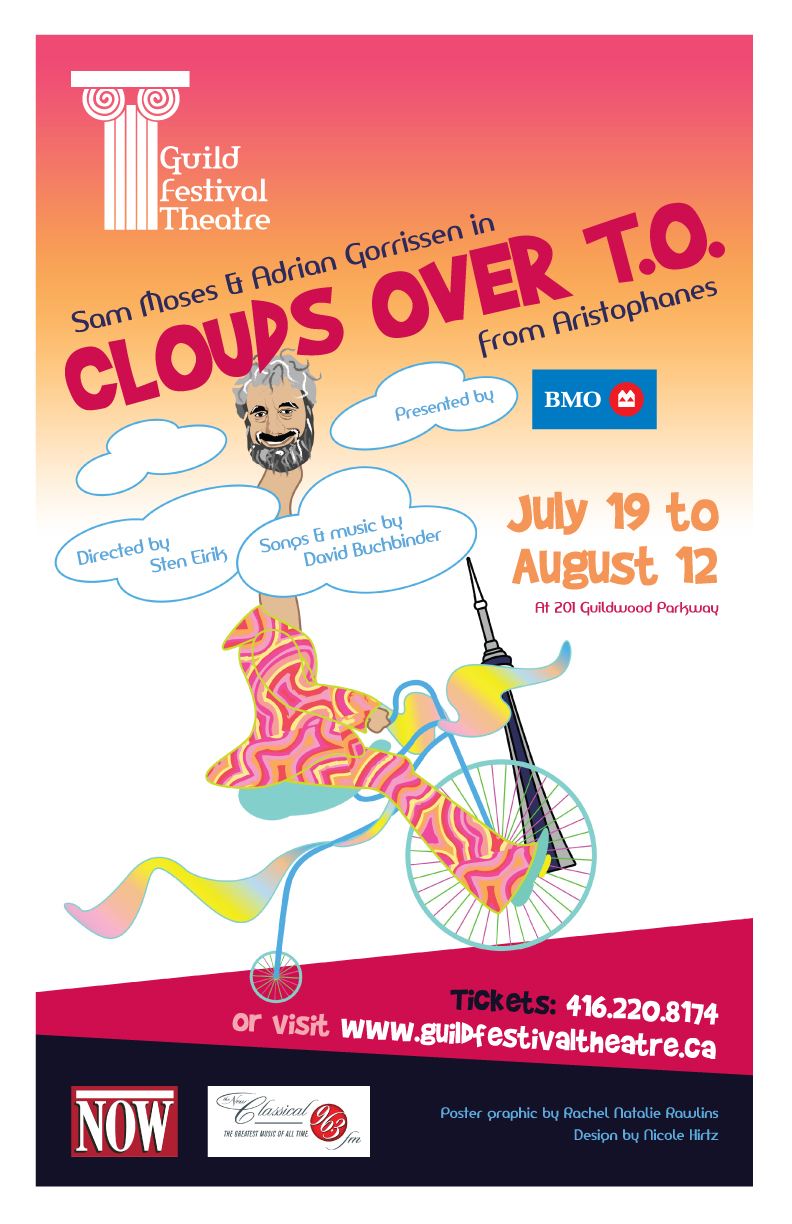 Our adaptation shifts the action from ancient Athens to modern-day Toronto, capturing the new-fangled folly of our own era and thus allowing a modern audience to fully enjoy the satirical edge of an ancient comedian. The action takes place in modern-day Toronto with a range of musical styles from hip-hop and rap to country-&-western, whereas the ‘interventions’ by the Chorus are timeless, universal and evocative of the ancient Greek tradition. All of this, of course, is served up on the open-air Greek stage that is our home! (guildfestivaltheatre.ca)