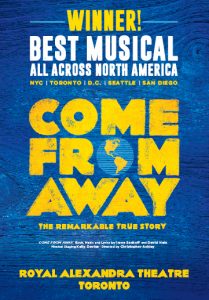 It’s been called the “edge of the world.” The weather is wild, but the locals never lack for warmth. And it’s here, in Newfoundland, where a remote town became the epicenter of a remarkable true story filled with unusual characters, unexpected camaraderie and uncommon generosity.  (mirvish.com)