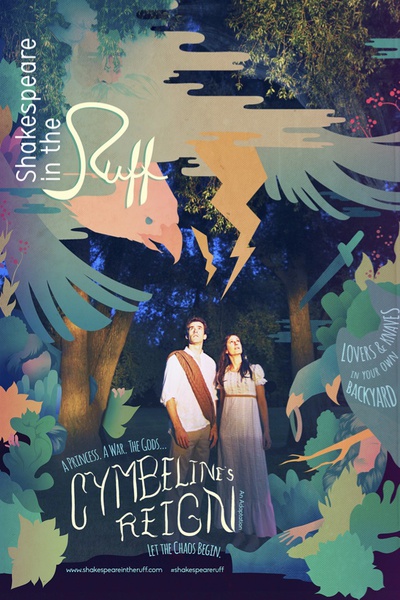 Adapted by Shakespeare in the Ruff

Cymbeline’s Reign follows Imogen, a princess, who gets married to her lover in secret against the wishes of her father – King Cymbeline. Her husband is banished and she flees the kingdom to join him, but in the meantime her husband has been tricked by a crazy Italian man into thinking Imogen has been unfaithful and he now wants her dead. The outbreak of war throws everything into chaos and the couple must survive until new hope emerges from their astonishing suffering. (totix.ca)