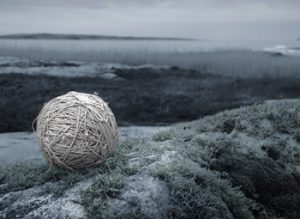 Philipp Löhle’s highly ambitious social comedy Das Ding spans an interconnected world that binds the fates of the African Siwa, Chinese business people, Romanian pig-breeders and two young newlyweds Katrin and Thomas. As a global crisis attaches itself to the smallest marital problems on a deeply personal level, all are forced to consider whether such a thing as coincidence can exist in a globalized world. Meanwhile, the eponymous ‘thing’ – a cotton fibre in its apparently endless iterations – looks on humanity, amazed. (canadianstage.com)