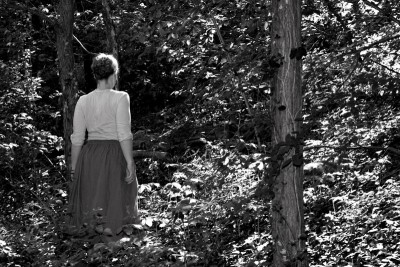 Quebec, 1667: two unlikely friends are enduring their first winter in the fledging colony of New France. Pious and quiet Marguerite is pregnant and has no husband, marking her out as an object of scorn and shame in her close-knit community. Stubborn and fiery Anne has a husband, but harbours a destructive and desperate love for the Jesuit priest she pursued across the sea. When tensions between the French settlers and the local Iroquois erupt into a gruesome conflict, Anne and Marguerite must rely on their loyalty to each other as they fight to survive, and to carve out their place in their new country. (summerworks.ca)