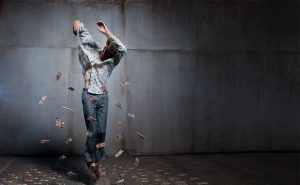 Prolific Canadian dancer/choreographer Bill Coleman confronts a series of almost biblical challenges in this eye-opening spectacle about a man out of sync with his surroundings. Objects fall, shatter and move of their own accord creating a unique soundscape that accompanies one man’s descent into chaos. Coleman, a master performer, plays the role of modern fakir as he navigates through situations, at times verging on the comic, culminating in a hypnotic symphony of sight and sound created and performed in collaboration with celebrated composer Gordon Monahan. (canadianstage.com)