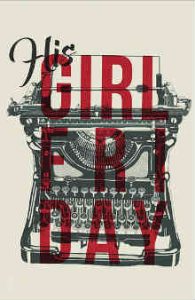 This iconic screwball comedy tells the tale of Walter Burns, a hard-boiled newspaper editor who learns that his ex-wife, “newspaper man” Hildy Johnson, is going to give-up reporting to marry a bland insurance salesman from Albany. Determined to sabotage these plans and keep Hildy with the paper (and himself), Burns convinces her to cover one last story; the execution of cop-killer Earl Williams. Things quickly spiral out of control and Burns and Hildy find themselves tangled up in the case, and each other’s lives. A hilarious look at the struggle to balance life and love. (nativeearth.ca)