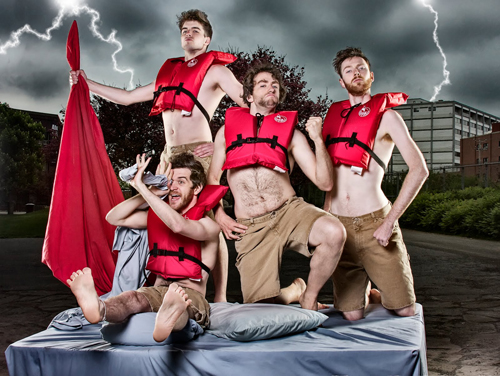 Acclaimed comedy troupe Uncalled For tickle your frontal lobe with Hypnogogic Logic: an energetic, refreshingly intelligent and endlessly hilarious trip through the world of dreams. Winner of the Just For Laughs Best Comedy Award (Montreal Fringe 2010), the show rides the wild rollercoaster of a mind falling asleep. A tour-de-force of inspired writing and joyful performance, this is comedy that treats the audience like adults, but leaves them giggling like children. WAKE UP! (fringetoronto.com)