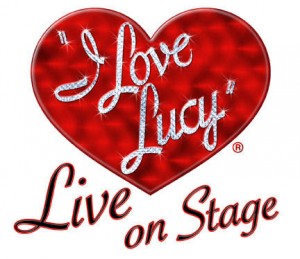 Produced By: Dede Harris and Sharon Karmazin and Allan Williams and Jeff Davis

It’s 1952 and you are a member of the studio audience awaiting the filming of two hilarious and oh-so-familiar I LOVE LUCY® episodes. Imagine stepping back in time onto the Desilu Playhouse soundstage where a charming host entertains and enlightens you to the behind-the-scenes filming process, the 1950s hi-fidelity technology and this brand-new thing called “television.” The episodes begin and you witness, firsthand, the side-splitting antics of that crazy redhead in the Ricardo’s New York apartment and thrill to the Cuban sounds of “The Ricky Ricardo Orchestra” at the famed Tropicana Nightclub. In-between scenes? The Crystaltone Singers perform live advertising jingles of the show’s newest sponsors in perfect 50s style harmony. Can you say “Brylcreem?!” (mirvish.com)