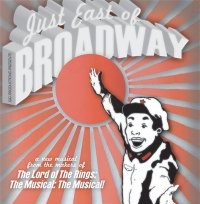 This screwball musical comedy follows has-been actor Rex Maverick to the world’s “hottest new market” for musicals – The People’s Republic of China. Instead of bustling Beijing or Shanghai, however, Rex finds himself in a tiny farming community directing a cast of enthusiastic amateurs, including a shy love-struck writer, a bumbling Mid-Level Official, and a strong-willed young woman contemptuous of the Hollywood star. While Rex is stuck in the town waiting for seasonal rains to pass, cultures clash, personalities collide, the workers control the means of production, and musical magic is born! (blogto.com)