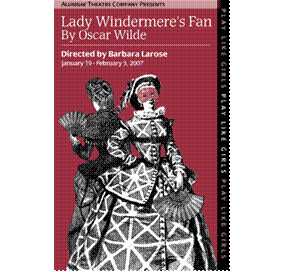 “It takes a thoroughly good woman to do a thoroughly stupid thing.” Oscar Wilde’s 1892 classic has spawned a hatful of oft-quoted witticisms, but also juxtaposes stylish comedy with sly commentary on the morals of Victorian society, particularly regarding women and marriage. On her 21st birthday, Lady Windermere discovers to her horror that her husband may have been unfaithful. He insists on inviting “the other woman”, Mrs. Erlynne, to his wife’s birthday ball, which sets in motion a sequence of events that results in secrets revealed and a reversal of fortune. (torontoartsonline.org)