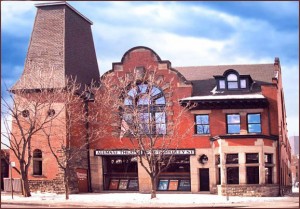 Long before there was a Toronto theatre scene, there was the University Alumnae Dramatic Club. Founded in 1919 by women graduates of the University of Toronto, at a time when Torontonians had little opportunity to see theatre of any kind, the club staged premieres of such plays as Beckett’s Waiting for Godot, T.S. Eliot’s The Family Reunion, Ionesco’s The Lesson, Pinter’s The Caretaker and Vaclav Havel’s Largo Desolato.

Some of the club’s more recent “firsts” include The Art of Dining by Tina Howe, The Love of the Nightingale by Timberlake Wertenbaker, and Thirteen Hands by Carol Shields.

No longer affiliated with the University, Alumnae’s membership has broadened to include the whole spectrum of Toronto’s communities. But it continues its original mandate to present the best in classic and contemporary plays and provide opportunities for all women in theatre. Over the years, many Canadian theatre artists have honed their skills on our stages, including Martin Hunter, R. H. Thomson, Molly Thom, Drew Carnwath, Shirley Barrie, Kelly Thornton, Mallory Gilbert, Sue Miner and Richard Easton.

Today, Alumnae’s home is the old Firehall No. 4 on Berkeley Street. Built in 1900, this handsome building was renovated and restored by the Alumnae in 1972, and contains a fully equipped main stage and an intimate studio theatre, as well as a workshop, a well-stocked wardrobe, backstage and lobby space, and a benign ghost.