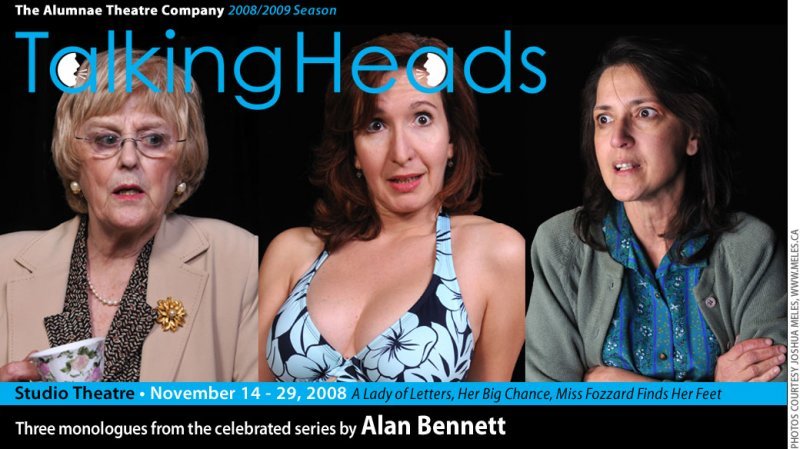 Acclaimed British writer Alan Bennett penned a groundbreaking series of darkly funny monologues, grouped under the title Talking Heads, that were broadcast on BBC-TV starting in 1988, and starred such legendary actors as Julie Walters, Patricia Routledge, Eileen Atkins and Maggie Smith.
Alumnae Theatre is producing three of the series for our stage, directed by Mat Howard. “A Lady of Letters” is told by a busybody neighbour and compulsive letter writer. “Her Big Chance” follows the adventures of a hilariously self-deluded actress. “Miss Fozzard Finds Her Feet” is about an ordinary lady who unexpectedly finds a little joy in her rather sad life. (artword.net)