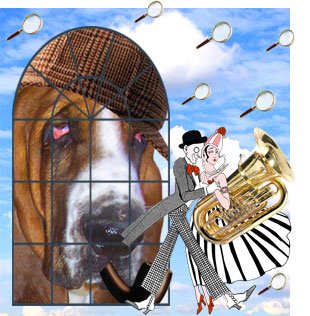 After Magritte & The Real Inspector Hound (2011)

Two delightful Stoppard comedies, performed together for an evening of entertainment.

The Real Inspector Hound follows two theatre critics named Moon and Birdboot who are watching a ludicrous setup of a country house murder mystery, in the style of a whodunit. By chance, they become involved in the action causing a series of events that parallel the play they are watching.

After Magritte is a hilarious farce in which different versions of the same, extremely simple story are superimposed one upon the other creating a dizzying confusion surrounding a supposed crime that the enterprising Inspector Foot of the Yard and the plodding Constable Holmes simply cannot unravel. The end of the play is a totally surreal and totally logical tableau, entirely worthy of the painter who inspired it all.

This pairing of Stoppard one-acts is the 2010-11 season’s “Countdown to 100″ play; they were previously produced at Alumnae during the 1976-77 season.(alumnaetheatre.wordpress.com)