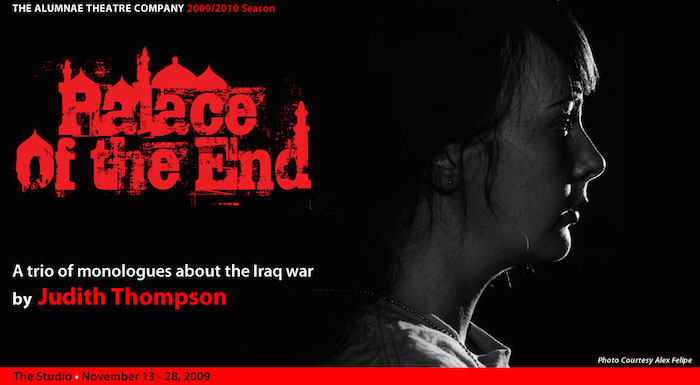 Palace of the End is a searing triptych of monologues that present different perspectives on the war in Iraq. A young and pregnant American soldier – in disgrace for her treatment of Iraqi prisoners – tells us about “My Pyramids”; a disillusioned British weapons inspector invites us to witness his suicide at “Harrowdown Hill”; and an Iraqi woman shares the heartbreaking story of her family’s torture in “Instruments of Yearning”. The characters are all based on real people and events. (broadwayworld.com)