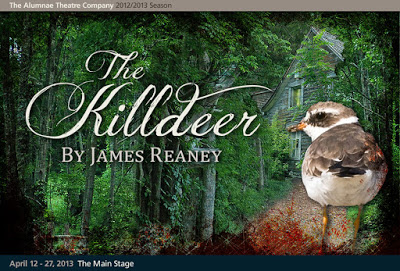 First Produced at Alumnae Theatre in 1960, esteemed Canadian poet James Reaney was encouraged by Alumnae Theatre director Pamela Terry to write a play, and the resulting prize-winning work, The Killdeer, launched his drama career. The Killdeer, which premiered at Alumnae in 1960 (directed by Terry), is a sharp social satire that mixes the macabre with comedy to tell the tale of an Ontario town’s tangled web of murder and mystery. The Killdeer is this season’s ‘Countdown To 100’ play (commemorating 100 years of the Alumnae Theatre Company). (playwrightsguild.ca)