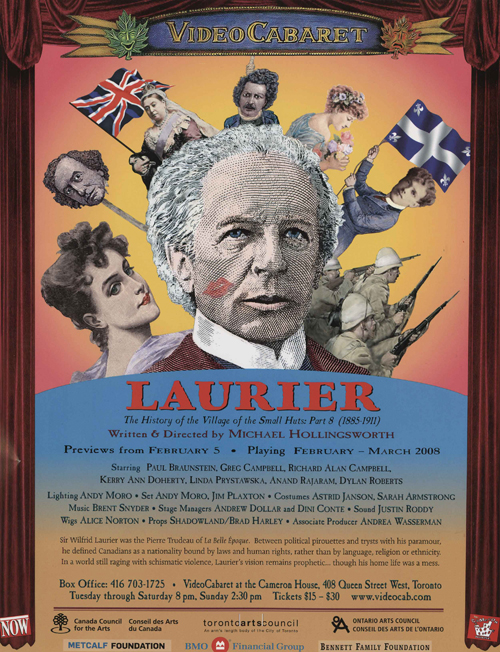 Laurier dramatizes the public life and private affections of the Prime Minister who was the Pierre Trudeau of La Belle Epoque. Between elegant pirouettes and trysts with his amour, Sir Wilfrid defined Canadians as a nationality bound by law and human rights, rather than by language, religion or ethnicity. (artword.net)