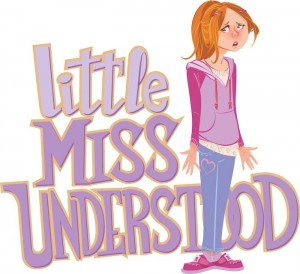 A candid and hilarious look at the ‘joys’ of raising a teenager by a real life mother-daughter duo. Beatrice is 14 and deeply misunderstood by her clearly crazy mother, who restricts her freedom, treats her unfairly and embarrasses her in public.

Her mother, having barely survived her own adolescence, isn’t entirely sure how she’ll cope with her daughter. (Toronto Fringe Program, 2014).