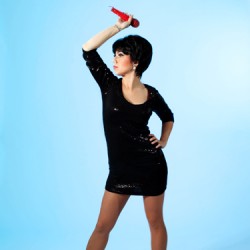 One part talk show, one part game show, and one part cabaret, Liza Live! is all that and more! Experience Liza May Minnelli like you’ve never seen her before. Featuring music and memories from one of the most dynamic (and dysfunctional) female stars of the last 60 years, Liza Live! is a hilarious and heart warming look into the life of a woman who when the going got tough, the tough hit the stage! (fringetoronto.com)