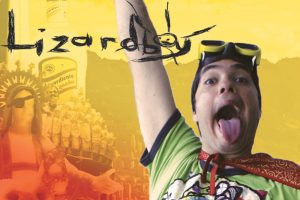 Colombia in the early 1980s was a world turned on its head by drugs, corruption and violence. Over the last 20 years, over 1.2 million Colombians have left as a result of this violence, many of them to Canada, where they are now one of the largest groups of refugees in this country.

Inspired by Victor’s own experience during this time, and written after he came to Canada as a refugee, Lizardboy unravels the story of a family stained by the vibrancy and tragedy of that chaotic world.

After five years in development and numerous successful workshop performances, Lizardboy brings from Colombia an inquiry about peace and violence into the laboratory of tolerance and diversity that Canada strives to represent. (summerworks.wordpress.com)