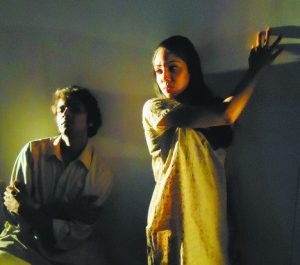 Two teenagers, from two different parts of the world, are both put on an airplane destined for Toronto. Lost Voices transports you into the world of these two young people as they arrive — unaccompanied — at Toronto’s Pearson Airport. Lost Voices is a fast-paced drama that explores the international phenomenon of unaccompanied minors. It transports the audience from Canada to Afghanistan and India, and back. This compelling new play speaks to the stories of the countless children who have been cast to the winds, seeking refuge in strange countries – in search of a new beginning, and with no idea of what awaits them. (meetup.com)