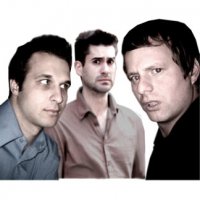 From the creators of such shows as “My First Crush”, “Battleawesome Awesomestar”, and “Mantown” bring you an all-new theatrical comedy project. The members of “Maybe” have toured comedy festivals in New York, Chicago, North Carolina and Vancouver. While known mostly their smash-hit improv shows, “Maybe” brings their clever and nuanced writing to their ground-breaking revue! (torontofringe.com)