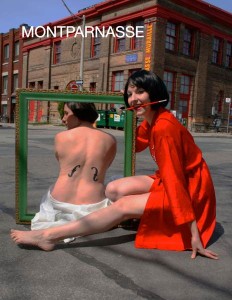 Exposing us to the artists of the time, such as Jules Pascin, Henry Miller, Sylvia Beech, Kiki de Montparnasse, Chaim Soutine and the muses who inspired them, Montparnasse invites you to peek behind the canvas and discover the clandestine world of nude models in 1920s Paris. As Amelia & Margaret leave Canada to enter a world brimming with Bohemian writers and artists, they are engulfed by their desire for truth, passion and power. (passemuraille.on.ca)