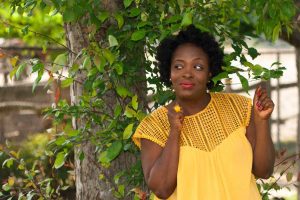 In the tradition of Haitian storytelling, Mother Sea / Manman la Mer takes us on a journey that joins magic, love, and redemption. It is the story of a woman who can see the future in her dreams but is cut off from her abilities by her mother’s fear. After healing from a mysterious sickness, her dreams disappear along with her sense of self. 25 years later, only her grandmother can restore her faith and her ancestral lineage. (summerworks.ca)