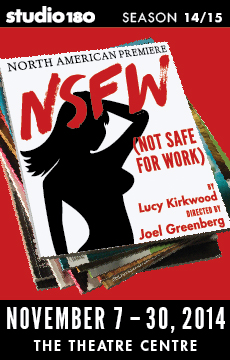 Lucy Kirkwood’s razor sharp comedy pulls back the curtain on digital media and magazine culture, where jobs are scarce, beauty standards are punishing and personal integrity is a luxury that few can afford.

Doghouse – a tawdry men’s magazine – traffics in titillation, while Electra – an elegant women’s publication – caters to the notion of empowerment. But their contrasting visions of ideal femininity might just have an equally savage effect. Who will hold on to their values? Who will sell out to the highest bidder? And just how old is that girl in the photo? (studio180theatre.com)