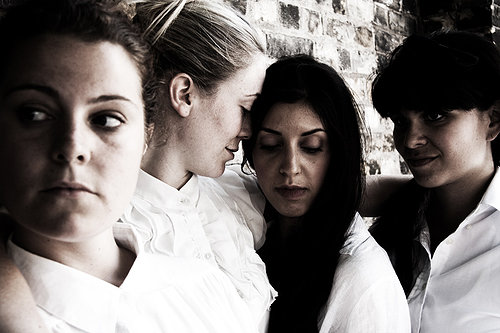 Promiscuous, pitiless and bored, six sexually entangled medical students restlessly wander in and out of a boarding house, cramming, drinking, taunting, and spying. Freder sets about experimenting savagely with the young, pretty maid, with half an eye on his former lover, Desiree – a wild, disillusioned aristocrat. Petrell abandons Marie for the ruthless underdog Irene. Marie doesn’t waste any time weeping. Desiree wants her.

Bourgeois existence or suicide. There are no other choices.

The action takes place in 1923 Vienna, as a discontented post-war generation diagnose ‘youth’ to be their sickness and do their best to destroy it. (http://workhousewht.wix.com/)