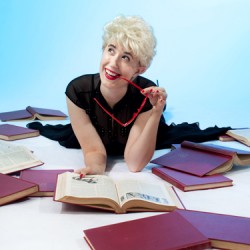 “They think I’m stupid and I like it.”  Oscar winning actress, Judy Holliday (Born Yesterday) was famous for playing dumb blondes, but some argue that Judy Holliday’s best performance was trumping Joseph McCarthy’s inquisitors when she was being questioned for having communist-sympathies. Join Laura Anne Harris in the Antechamber, as she explores Holliday’s early career and the notorious courtroom appearance that proved just how clever one needs to be to play the ditzy blond. (fringetoronto.com)