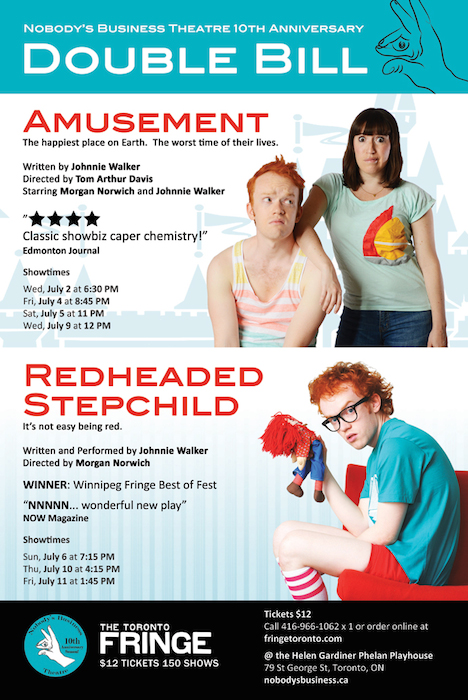 This show was a “double-bill” with Nobody’s Business’ other 2014 Fringe Show, Amusement. They were presented on alternating dates in their Fringe schedule. Redheaded Stepchild was presented on July 6,
July 10 and  July 11.

A tale of dress-up boxes and doomed genetics. Nicholas is a 12-year-old with red hair whose dad just remarried. That makes Nicholas a redheaded stepchild. And tomorrow at lunch, the biggest boy in grade six plans to beat him up. Should he skip school, even if it means missing the chance to audition for the class play? His stepmom, Mary-Anne, a chain-smoking golf pro and ex-Jehovah’s Witness, thinks he should go. His alter ego, the impeccably stylish and internationally fabulous Rufus Vermilion, has other ideas.                   (nobodysbusiness.ca, 2014).