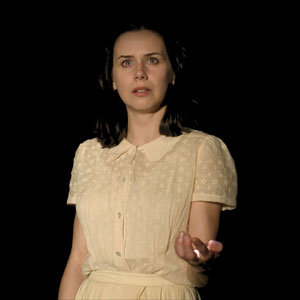 A man and an audience are gathered around a table. The man weaves a story of a town from the fabric of his memory. He conjures characters from the town, as he revisits his life in a search for deeper meaning. The table serves both as the stage and as a shared space that invites connection and evokes community. Revisited is inspired by the works of great early American writers, including Willa Cather, Walt Whitman, Edgar Lee Masters, and Thornton Wilder. It is a story of love, loss, and all the details in between – an exploration of the divine inherent in the trivial, and the eternal inherent in communion. (Show Press Release)