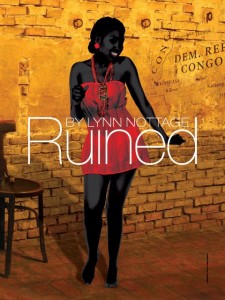 The story is set in a present-day small mining town in the civil war-torn Democratic Republic of the Congo. Ruined follows a young woman’s nightmarish path to Mama Nadi, a savvy businesswoman who, in the midst of a complex civil war, both protects and profits from the women whose bodies have become battlegrounds. At once heartbreaking and captivating, Ruined pays homage to the courageous and resilient women who must piece themselves together after the ruin. (obsidiantheatre.com)