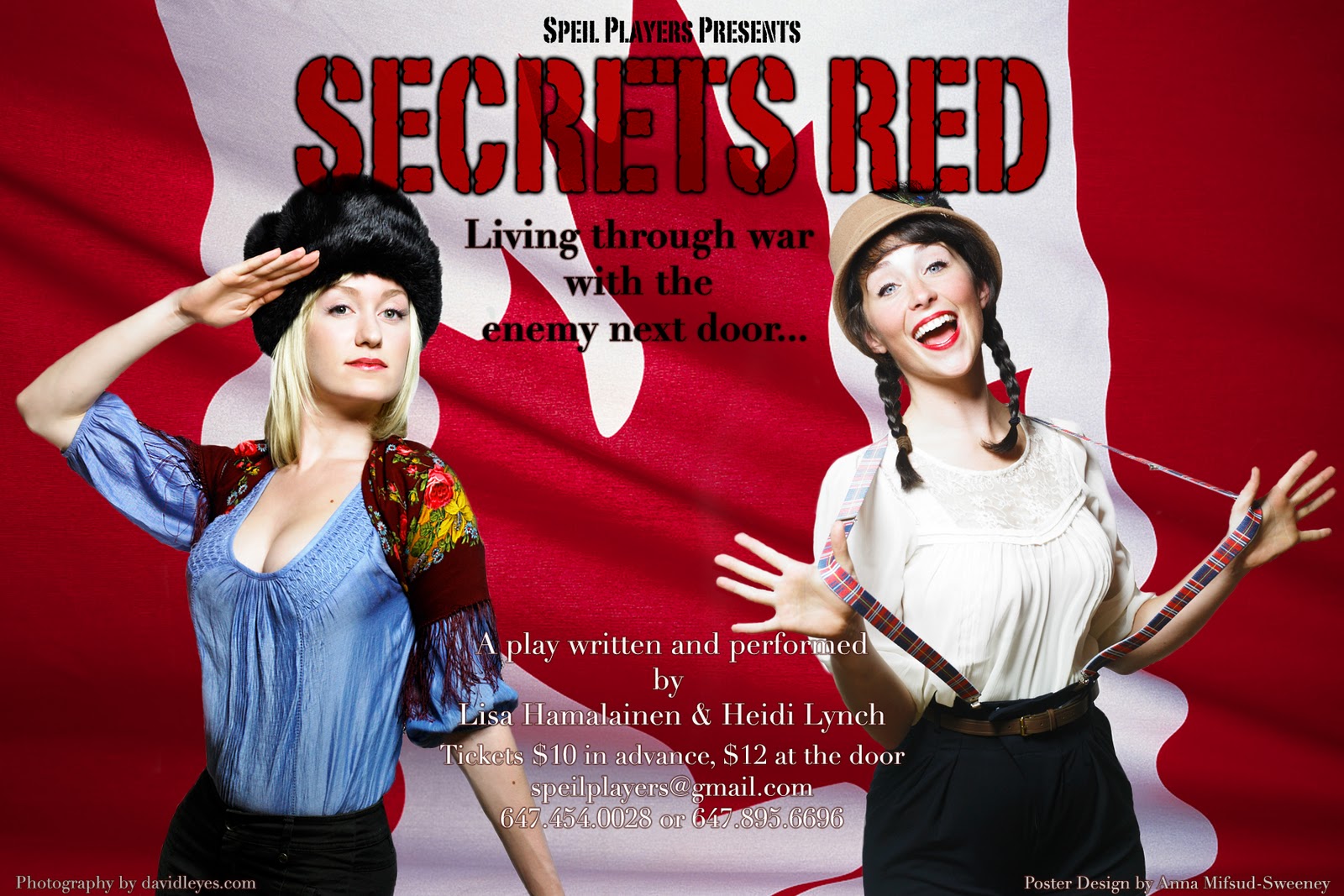 SECRETS RED is a two-women, multilingual, one act play about national identity, secrets and otherness, co-written by Lisa Hamalainen and Heidi Lynch. The play is a dark comedy exploring the difficulties of holding onto the culture of your homeland while integrating into a new country. It tells the story of a young Russian woman’s struggle for survival in unfamiliar territory (1945 war-time Germany), unraveling how she befriends the enemy, her German neighbor, during one of the most horrific times in history.  Our workshop production of this developing script was multimedia, incorporating three languages (including German and Russian) with projected subtitles, projections and an original live soundscape. (spielplayers.com)