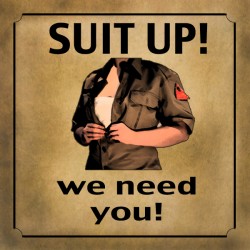 It started as a sudden strange fancy: Polly Perks needed to join the army to find her lost brother. A haircut, a change of clothes, and an extra pair of socks later, Polly is now Pvt. Oliver Perks, marching off to war in this darkly funny satire of army life, complete with trademark Pratchett wit, some cross-dressing, and a coffee-obsessed vampire. (fringetoronto.com)