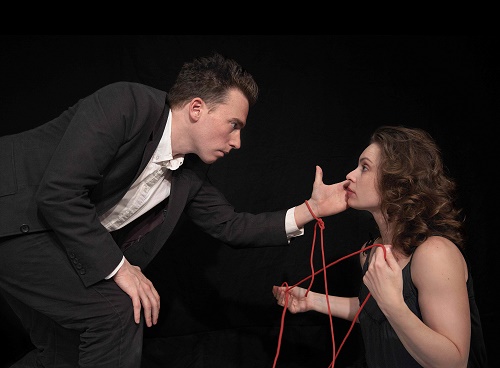 Marion begins a new job as an artist-in-residence at a museum of Greek artifacts. She finds her self mystically and fervently attracted to her co-worker Michael, and he to her; despite the fact that they are both in committed relationships. Between them, at work amongst the world’s greatest antiquities and monuments, the white-hot heat of temptation builds.  All the while, mysterious glass shattering and inexplicable fires in the museum propel them further down the path of temptation. Whether conjured by their forbidden desire, or the catalyst of it, a beast begins to lurk in the shadows of the museum. Haunted by the cloven hooves of a stalking Minotaur the couple find themselves holding a nocturnal vigil, to catch the rumoured monster they can’t resist.  (summerworks.caˆ)