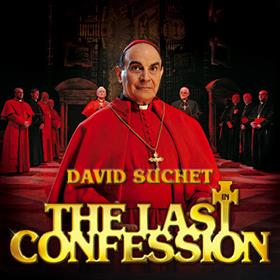 The Last Confession delves into the most highly guarded institution in the world to explore the mystery shrouding the sudden death of Pope John Paul I in 1978.

Found dead just 33 days after being elected, suspicions are aroused when it is revealed that, on the evening before his death, the new Pope had warned three of his most influential but hostile Cardinals that they would be replaced. The Vatican refuses to conduct an official investigation into the death. Cardinal Benelli is the only one to challenge the dead Pope’s enemies.  (Mirvish.com)