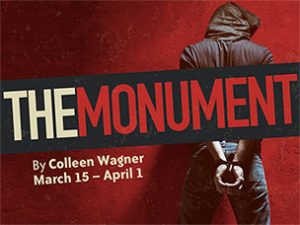 The Monument tells the story of a soldier desperate to escape death for his war crimes who agrees to give himself to the complete servitude of an unknown woman. A harrowing and visceral journey of two people forced to confront the atrocities of war, this Governor-General’s Award-winning play asks questions that remain painfully familiar on our front pages today.

Re-imagining the conflict as the silent 500 year war that has been waged against the people of Turtle Island since European colonization, Lauzon’s lens on Wagner’s classic play will confront many of the dark and uncomfortable truths of Canada’s complicity around missing and murdered Indigenous women. (facorytheatre.ca)