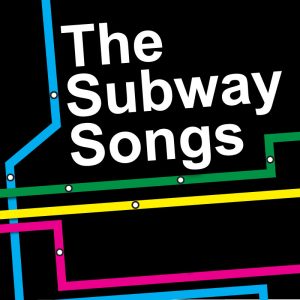 Subway Songs is a contemporary musical that explores urban life through a group of strangers on their morning commute. When the subway train they are all riding comes to a screeching halt, they are cut off from the world above and forced to face their biggest anxieties and deepest insecurities, and must ultimately learn to reach out to each other. (colleenandakiva.com)