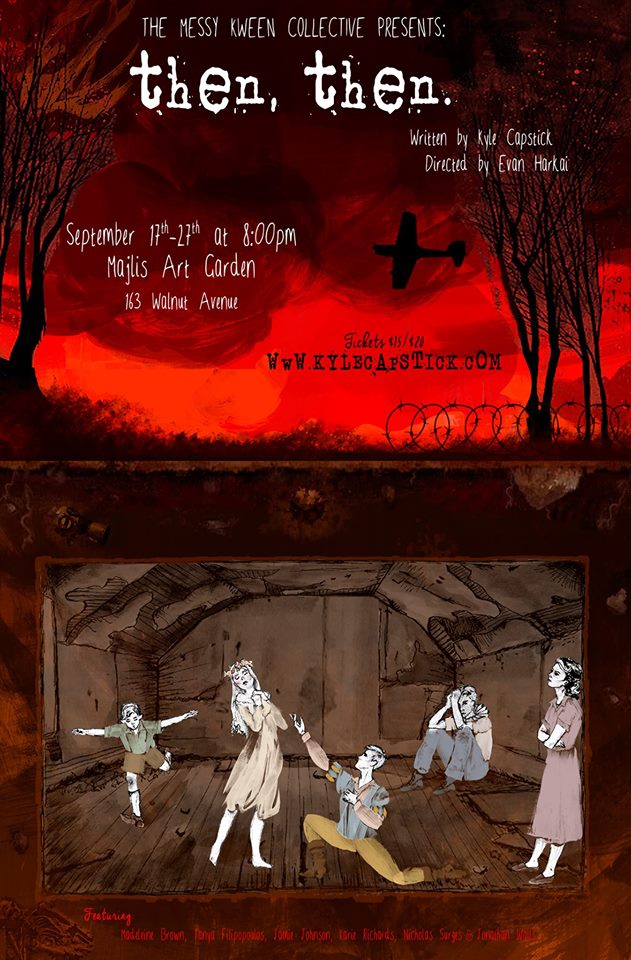 The day after two bombs were dropped on a neighbouring village, a community theatre troupe rehearses for a production of a new play about star-crossed lovers as planes fly threateningly overhead. To the aging director’s chagrin, the playwright’s in love with the leading man, the leading man fears he has misplaced his heart, the ingenue feels nothing when she and the leading man kiss, the older female actress has no maternal instincts, and the young stage hand is trying not to mimic the sounds of planes that fill the sky. then, then is a poetic, imaginative, and nuanced look into the formation of a community, inspired by the playwright’s great-great uncle who ran a community theatre in rural England during the Second World War. (facebook.com/events/901543719892035)