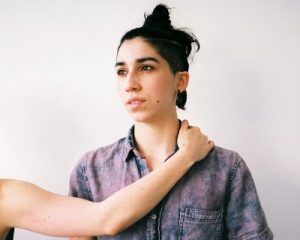 Live music, painting, and YouTube videos engage and provoke in this darkly funny performance about the intersection of our real and online selves, especially when one goes viral.

Edie is a YouTube star who has just gone viral. Bea, her girlfriend and professor, is a documentary filmmaker who focuses her lens on marginalized women. She wants Edie to stop vlogging about her sex life and focus on more “important” work. Together they passionately negotiate their identities with, and without, each other: Millennial and Boomer, student and professor, lover and adversary. These conflicts of identity come to a head when Edie meets Sam – a multimedia artist who defies definition. (summerworks.ca)