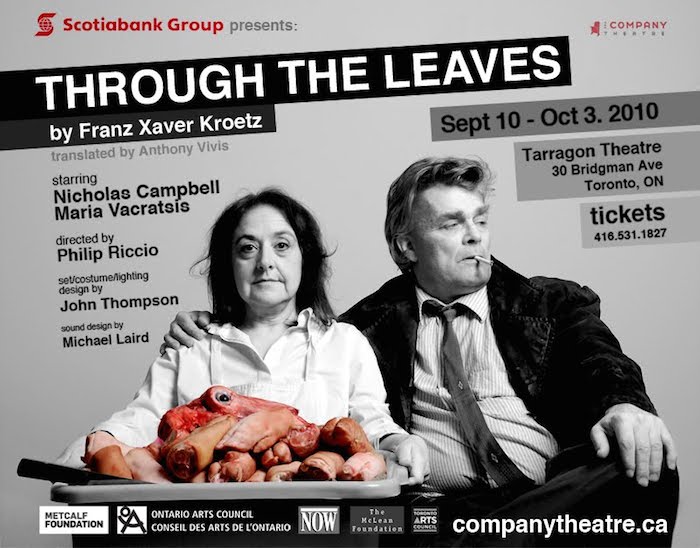 With Through the Leaves celebrated German playwright Franz Xaver Kroetz has written an uncompromising relationship drama that chronicles the failed relationship between Martha, a female butcher and her abusive companion, Otto, a factory worker. The love affair between Martha and Otto is an extremely unique relationship yet depicts a very universal truth about the desperate need in humans to feel connected to someone else. (ticketweb.ca)