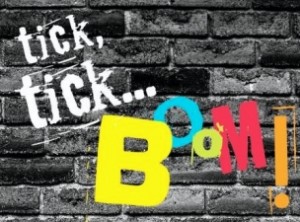 A musical look at the courage it takes to follow your dreams, TICK, TICK… BOOM! is Jonathan Larson’s autobiographical tale of a young composer on the brink of turning 30 and falling into oblivion. His girlfriend wants to get married and move out of the city, his best friend is making big bucks on Madison Avenue, and yet Jon is still waiting on tables and trying to write the great American musical. (ticketweb.ca)